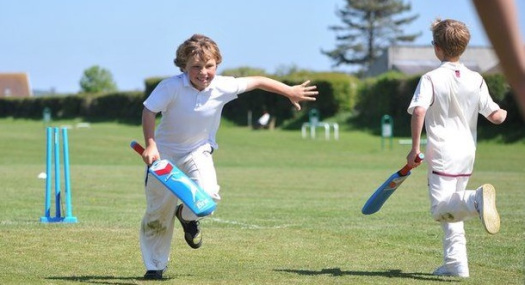 Back in the 80’s when I played youth cricket at Woodvale Cricket Club, one of the abiding memories among many was how we were encouraged by the late Raymond Browne.

He was our esteemed manager / coach and always clapped the opposing batsmen as they ‘came to the wicket’ (cricketing term I know!). This was an act of sportsmanship and ensured that the game was played in a competitive and right spirit.

Time moving on, and three decades later I have been watching my son Joel playing schools cricket over the past few years. I’ve been pleasantly surprised that ‘clapping the opposing batsmen to the wicket’ was still in practise and playing the game in a respectful, sporting manner was a high priority, whatever the result.

I’ve watched with bemusement the recent “ball tampering” scandal involving Australian cricketers. These sportsmen were trying to gain an ‘unfair advantage’ over their South African opponents and were found out.

This resulted in bans for the trio involved, including their captain and vice captain. I use the word bemused simply because the Australians are one of the best sides in the world and therefore didn’t need to cheat and why take that risk with over sixty cameras in the ground!?

Not only can I remember it being ingrained in us to play in a sporting manner, but I also remember being taught growing up that “Cheaters Never Win.”

This latest incident is just one of many sporting scandals over the last twenty years and beyond, that has involved bribery and corruption at the highest level. These scandals cast more than a shadow over the values that we were taught as kids growing up and playing competitive sport.

Back in 2012-13, five Indian players were involved in match fixing during the Indian Premier League season. The bribe amount was £540,000. At least there was no money involved in this latest scandal that we know off!

Football has also scandals. In 2005 Bundesliga referee Robert Hoyser admitted receiving a plasma television and 67,000 Euros for fixing the results of four soccer matches and unsuccessfully attempted to influence the outcome of two others. Then in 2016 England soccer manager Sam Allardyce stepped down after one game in charge following allegations of illegal practise.

These are just a few examples in the soccer world, where it has been estimated that £1.73 million in bribes have been paid out to corrupt soccer players and officials across Europe. This doesn’t include other sports around the world where bribery has been exposed and due punishments handed out, for some has ended in a life time ban. Yes folks, the saying goes ‘Long Runs the Fox’ and ‘Cheaters Never Win’!

During Easter, my mind thought about the resurrection story of the Lord Jesus Christ. After his resurrection from the dead, we learn how that the religious leaders of that day offered a bribe to Roman guards after the soldiers had reported that the stone was rolled away from the sealed tomb.

These religious leaders encouraged the guards to lie and blame the disciples of Jesus in stealing the Lord’s body during the night when everyone was sleeping. The soldiers took the bribe.

Could this be described as one of the greatest cover up scandals in history? We can either chose to believe that Jesus rose from the dead or be closed to the truth by either denying or ignoring it.

I pray that we will not only chose the former, but go a step further and invite him into our hearts to be our saviour.